At the moment we are only shipping on Tuesday and Friday ! Dismiss 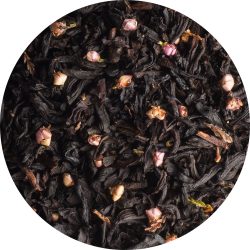 Earn 3 - 31 points upon purchasing this product.

A lovely, smoky black tea with hints of heather, honey and whisky

“The taste of the Island”
“Marvellous”
“Divine!!”
“That takes me right back to my childhood”

These are only a few reviews from customers who tasted the tea at our very own shop in Stornoway on the Isle of Lewis.
Inspired by the blackhouses in Arnol and Gearrannan on the Isle of Lewis and the landscape, the smell of the peat and the scent of the machair this tea combines a lot what makes this island on the edge of Europe so very special.
A lovely, smoky tea with heather blossoms and honey tinged with the taste of a “wee dram”.
A bit of sugar or sweetener enhances the flavours even more!

The idea behind the tea 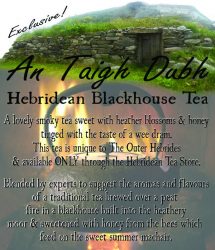 When I came to live in the Outer Hebrides I  was fascinated by the blackhouses, which reminded me a bit of the Norse longhouses. It was much later, that I learned about the history of the islands and those houses. It was in the museum in Arnol, when I was standing in a cloud of smoke from the open fireplace in the middle of the house, with the big kettle hanging over the fire. I thought to myself: how would the tea have tasted when brewed with that water. Surely the taste of the smoke will go in the water. And maybe also a wee dram. So I was playing around and came up with this blend, the Hebridean Blackhouse Tea. Since then the tea has become very popular, also among the locals.

There are a few other teas where I got my inspiration from the islands, like the Sleepy Heather™, Wee Dram™ or Machair Tea™, just to name a few

There are no reviews yet.

Be the first to review “Blackhouse Tea™” Cancel reply 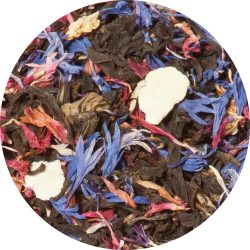 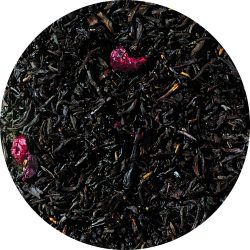 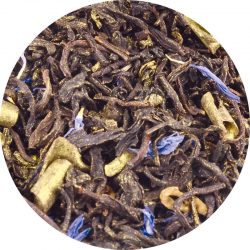